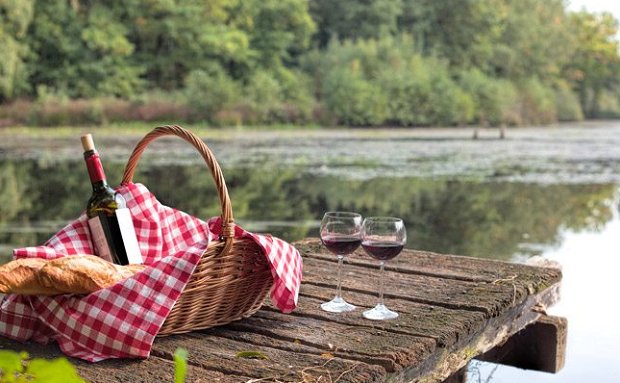 Guests can participate in organized outdoor activities, including fly-fishing the river and lakes for the elusive rainbow and brown trout. Non-fishing guests will appreciate the tranquillity and natural beauty of the setting.

The mountains invite guests to go wandering along the walking trails on which one can expect to find a variety of small game including Grey duiker, Steenbuck, Grey reebok and vervet monkey, over 200 species of birds, and an abundance of wildflowers and plants.

Valley of the Rainbow is a Fly Fishing destination for the beginner and expert, your own secret spot. Fish the river or dams surrounded by natural scenery, a place developed by fly fishermen for fly fishermen. A place where a beginner can learn the art and experts can refine their art.

The mountains and forests invite guests to go wandering along the walking and hiking trails on which one can expect to find a variety of small game including Grey duiker, Steenbuck, Grey reebok and vervet monkey, bush pig, serval cat, clawless otter, over 200 species of birds, and an abundance of wild flowers and plants.

Experience an easy walk along our forest walk next to the river or our mountain trail, the sights are well worth the effort.

If you are eager to connect with nature with a guided hiking tour, please inquire with the management about when the planned tours will be taking place.

Expect to find a variety of small game including Grey duiker, Steenbuck, Grey reebok and vervet monkey, bush pig, serval cat, clawless otter, over 200 species of birds, and an abundance of wild flowers and plants on guided walking and hiking trails in the estate.

Being a nature reserve, Valley of the Rainbow is home to wildlife that are most active at night.

During the summer months, unique guided walking tours are done at night to give guests the opportunity to see many of the nocturnal wildlife.

Also opportunity to experience the night sky without the light pollution of the city.

Ask management when the next night walk will be scheduled and be sure not to miss out on this experience!

The ecosystem of the Valley of the Rainbow Flyfishing Estate and Nature Retreat is home to over 200 species of birdlife for birdwatchers to enjoy. From water birds like the Malachite Kingfisher and Fish Eagles to Swallows and Sugar-birds, you will be amazed by the unique birdlife sightings during your stay.

Whether you're a nature lover, avid birdwatcher or bird enthusiast looking to snap incredible photos, you will be pleasantly surprised with the bird life that inhabits the country estate. The ecosystem of Valley of the Rainbow Fly Fishing Estate and Wilderness Retreat is home to over 200 species of bird life. From water birds like the Malachite Kingfisher and Fish Eagles to Swallows and Sugar-birds, you will be amazed by the unique bird life sightings during your stay.

Ask management to give advice on the forest walks on the property and when the guided tours can be scheduled.

Visit the watermill and the fascinating archaeological sites on the estate with an experienced guide, or request a guided tour of the Mapochs caves, Roos and Senekal graves, Meyer de Kock's grave near Windhoek and the Berg en Dal Anglo Boer War site near Belfast.

There are unique circular stone structures on the mountain slopes of the estate which have been found not only in Nelspruit but also Waterval Boven, Machadodorp, Carolina, Badplaas, Dullstroom and Barberton. With the help of Dr Alex Schoeman of the Wits University Archaeological Department, we understand that they must have been built over 800 years ago, but are unsure as to who may have created these stone circles that dot the landscape. The Bokoni archaeological sites on the property can also be toured with a guide who will explain the historical evidence of these sites.

In addition, Valley of the Rainbow homes the historic Witpoort Watermill built by Willem Jacobus Volschenk in the 19th century which ended up playing a vital role in the Anglo-Boer War. Surviving the war, the watermill continued to operate until 1994 and has recently been renovated to host guests. Visit the watermill with an experienced guide to discuss the history of the mill, how the mill works, its role in the Anglo Boer War and General Ben Viljoen's importance. If unoccupied, the inside of the Mill House can be toured as well.

Guided tours of the fascinating archaeological sites and the Witpoort Watermill can be arranged for guests and on request, further guided tours of the Mapochs caves, Roos and Senekal graves, Meyer de Kock's grave near Windhoek and the Berg en Dal Anglo Boer War site near Belfast may be arranged (travel tariffs applicable). Please enquire with management about guided tours in and around the estate.

Mountain biking enthusiasts can experience trails in and round Valley of the Rainbow Fly Fishing Estate and Wilderness Retreat. Be sure to bring along your mountain bike and cycle the Welgevonden two track or the Tonteldoos route. Immersed in the outdoors abundant with wildlife, guests will experience the thrill of country cycling.

Picnic packs can also be arranged for cyclists hoping to take a break en-route for lunch.

Be sure to ask management to assist in planning your route.

Choose from our menu of picnic baskets, order your basket and immerse yourself in nature and escape the hustle and bustle with a quiet picnic in the forest with fantastic views.

Towards the end of the 19th Century, Willem Jacobus Volschenk built a beautiful little watermill on his farm Witpoort. This mill was to play a small but vital role in the Anglo-Boer War. Martial rumblings erupted in 1899 and. As war fever gripped the country Jan Smuts was moved to write in a memorandum to the Transvaal Executive: "South Africa stands on the eve of a dreadful bloodbath." Sadly he was right.

General Ben Viljoen, the member for Johannesburg on the Transvaal Volksraad not only led the Johannesburg Commando but drove the Boers in skirmish after skirmish around Lydenburg. As fighting raged in the area, the Witpoort Watermill proved a vital asset for the Boers. With its three sieves, ranging in texture from very fine for human consumption to less fine for chickens and courser for cattle, the mill kept the Boers fed.

Colonel Bindin Blood, leader of the attacking British forces which finally located the mill, ordered the mill dynamited but fortunately, only the coarse grinder was destroyed. Another was promptly sourced from a mill nearby, and the mill continued to produce meals for the Boers and surrounding population until the war was over.

Having survived the war relatively intact, Witpoort Watermill received new machinery from Ipswich, England. The mill prospered and as many as 70 donkey carts at a time could be seen waiting their turn to get their owners' maize ground. The process was slow, as with water power, it took 15 minutes to grind a 70 kg bag of meal, and it took three people to operate the mill. A drought in 1963 changed this as tractor power had to be used, which reduced milling time to eight minutes a bag.

In 1986 the mill was electrified which speeded up the process even more. In 1980, it cost R3.10 to grind one bag of meal. When the mill ceased operating in 1994, this cost had shot up to R10. Koos Sonakhosa Mahlangu is a living link to the mills' martial days. His father was the original miller during the Anglo-Boer War. Koos, from the age of four, followed in his father's footsteps. Permanently dusted with the excellent meal kicked up by the heavy millstones, he continued to work the Witpoort Watermill until it ceased operation.

Today, the attractive red-roofed Mill House with its steel overshot wheel is a fascinating historical addition to Valley of the Rainbow Flyfishing Estate and Nature Retreat and has been recently renovated to host guests.

This article was provided to us by Hydro4Africa 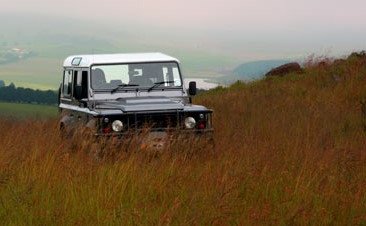 Hit the country roads and follow a circular route past the picturesque town of Tondeldoos, detour to Mapoch's caves, and grave of Senekal, stop at Veloren valley, a Ramsar conservation area, then travel down Die Berg to Dullstroom. You may be just in time for a lunch at one of the many country restaurants and suggest you visit the Bird of Prey Centre. On your way back from Dullstroom to Valley of the Rainbow visit Meyer de Kock's grave near Windhoek. 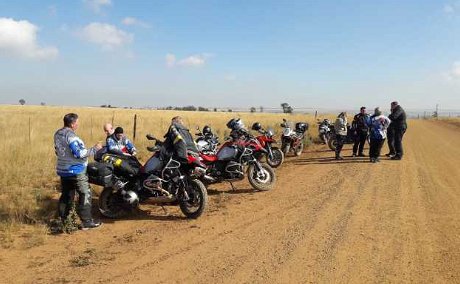 We share your passion for motorcycles, nature, open spaces and South African hospitality and inspired us to share, with you, the unknown Mpumalanga Highlands Country roads, from where you

Kevin Tutty, your guide at Valley of the Rainbow, is a qualified National Tourist Guide and holds a FETC in Tourist Guiding.

Kevin will accompany and guide you on nature activities including fly fishing lessons, night, historical and birding walks and hikes in nature and to archaeological sites on the properties.
He is also responsible for organizing group events for example fly fishing clinics.